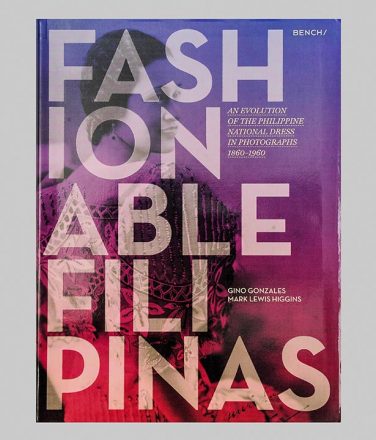 FASHIONABLE FILIPINAS: An Evolution of the Philippine National Dress in Photographs 1860-1960

Fashionable Filipinas is a book curated and written by Gino Gonzales, a scenographer and lecturer at Ateneo de Manila University, and Mark Lewis Higgins, a visual artist and co-director of Slim’s Fashion & Arts School, and published by Bench.
Fashionable Filipinas illustrates the evolution of the Philippine national dress with over two hundred rare or previously unpublished photographs from Philippine, European and American collections. The book also features glossaries, essays, a timeline, and contemporary photos of period fashion, textiles and jewelry.

The book begins in 1860, at the birth of studio photography in the Philippines. It then progresses by decade to show how the traje de mestiza (commonly referred to as the maria clara) gradually evolved into the terno that we know today.

Although other forms of native dress exist in the Philippines, most would be indigenous or tribal in origin. The terno, however, is the most highly evolved among native Philippine clothing. Taking inspiration first from Spanish fashion, and later from the couture houses of Paris, the terno became one of the most evolved national dresses in Southeast Asia.

Spanning a century of enormous social, political, and economic change, the terno not only came to parallel the country’s stride towards modernity, but by the final decade in the book, became a symbol of an independent nation.

It is a journey from the Victorian era, through two world wars, and past the atomic age; from haute couture’s birth to its golden age; from colonialism to independence; from a decade when Filipino meant a Spaniard born in the Philippines, to a time after it had become a term of national identity.

*this item is not viable for discounts and promos

There are no reviews yet.

Be the first to review “FASHIONABLE FILIPINAS (SOFTBOUND)” Cancel reply